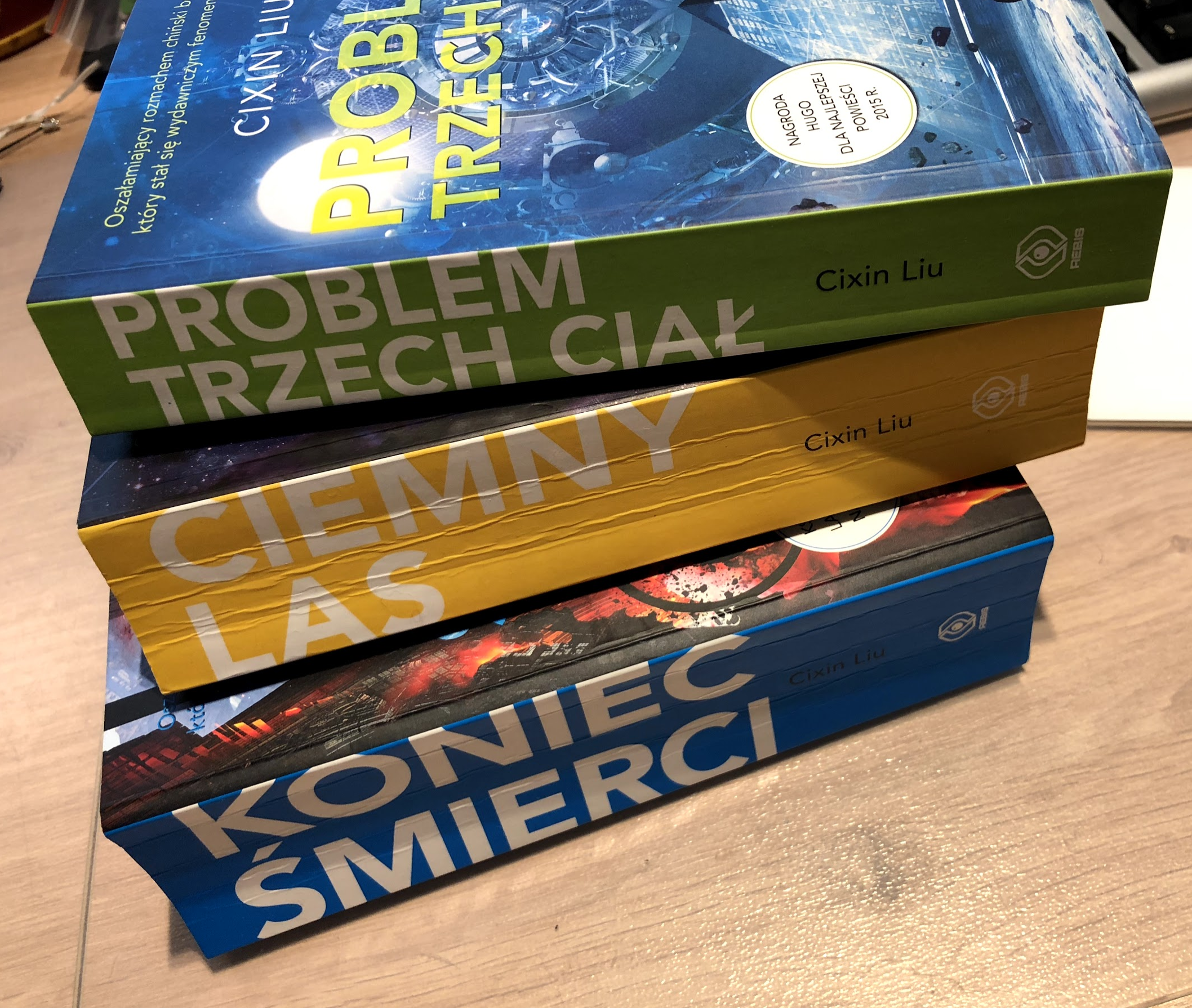 all three books are great, and whole trilogy - delightful.

they’re refreshing in style, and for me personally very similar to writings of Stanisława Lema (well, at least there where it’s close to intergalactic travels and technology) and Asimov. everything embedded into chinese cultural environment that i studied recently for professional reasons). some of that can be seen very clearly in long term (really long term) strategies mixed with tactical execution.

authored by Liu Cixin - ‘three body problem, then ‘dark forest’ and finally ‘death’s end’ can be ordered and bought with your local bookshop.

trilogy starts in innocently - from the game that’s creating virtual reality. but it’s clear pretty quickly, that the game is not only game. then it gets faster - ability to strengthen radio signal by reflecting it from Sun leads us through a lot of different, seemingly unrelated events. sometimes they’re mysterious, but focused on preparing reader to second book. while there’s a lot of philosophical discussions and they initially may look ass too long, with time they get pretty natural. it’s very different from western books by including more anecdotes and references to other books. it’s also very ‘dry’ and sometimes very direct. but it doesn’t mean author isn’t proficient - it seems just to be the way he leads the story.

‘dark forest’ goes forward in time, from Wallfacers, sophones guarding humans to not develop any new technologies and finally with the whole dark forest concept. in essence it’s idea to hide from other civilizations from the fear of being detected and destroyed. if you constantly consider ideas like ‘is there life’ - the whole idea and character discussions are very interesting. on the other side - when did you have time to sit down during day and just think about such ‘cosmic’ ideas? :)

the end, portrayed in ‘death’s end’ is also magnificient. i don’t want to spoil you reading (yeah, with the internet nowadays…), but last chapters can be compared to Kubricks 2001. in 2001 Bowman is reborn under supervision of higher civilization and lives through whole his life and then turns into star child. with Liu, Cheng Xin i Guan Yifan are… well. see for yourself. and read all three parts!