i was stubborn - and while from the very first moment we’ve had a lot of challenges with the hotel infrastructure, i was able to run xTR routers during last PLNOG for LISP. no, it’s not about programming Cisco routers with LISP, but about new concept of Location/ID Split, that is new concept enabling you to treat traffic engineering in internet differently.

in short - we still serve traffic like we always did (backward compatibility), but by assigning users and companies IPv4 and IPv6 addressing from special pools, we can treat this traffic in a different manner. LISP is de facto overlay network concept. this itself is nothing revolutionary, but on the other hand - it’s first such network that got wide adoption in world-wide internet. why would you like to use LISP? apart from ability to conserve IP addresses, LISP gives you ability to do traffic engineering without use of BGP or involving third parties. and in effect, adopting it may mean less FIB space needed on core internet routers. 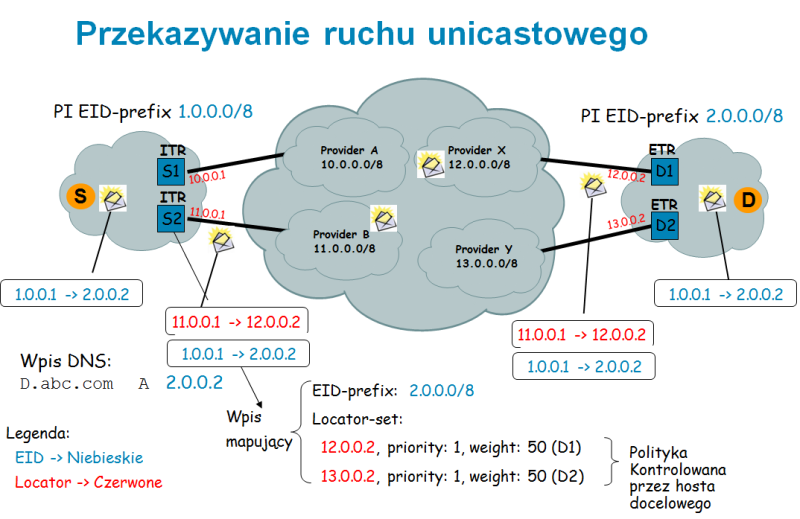 unfortunately, as we faced some initial problems, i couldn’t show this live on my session, but all of PLNOG attendees using internet in the hotel were actually using LISP network. this was happening without any special configuration and was done totally transparently. for sites that are LISP-enabled, like Google or Facebook, LISP transport was native. for those without - LISP was simply using IP address space assigned to us by local ISP - i’d like to thank connected company and to Peter who was as fast thinking at 3am as i was at 11am :D.

LISP is supported still in ‘T’ train of IOS, IOS-XE and NX-OS, and images can be downloaded directly from project home page here. what’s more interesting is that you can also use open source implementation, as NX-OS code was ported to public domain and is available for FreeBSD under OpenLISP project.

was it worth? yes - code was stable and performant, apart from link problems (again, not caused by us) we haven’t had any problems.

my PLNOG presentations are as always here.