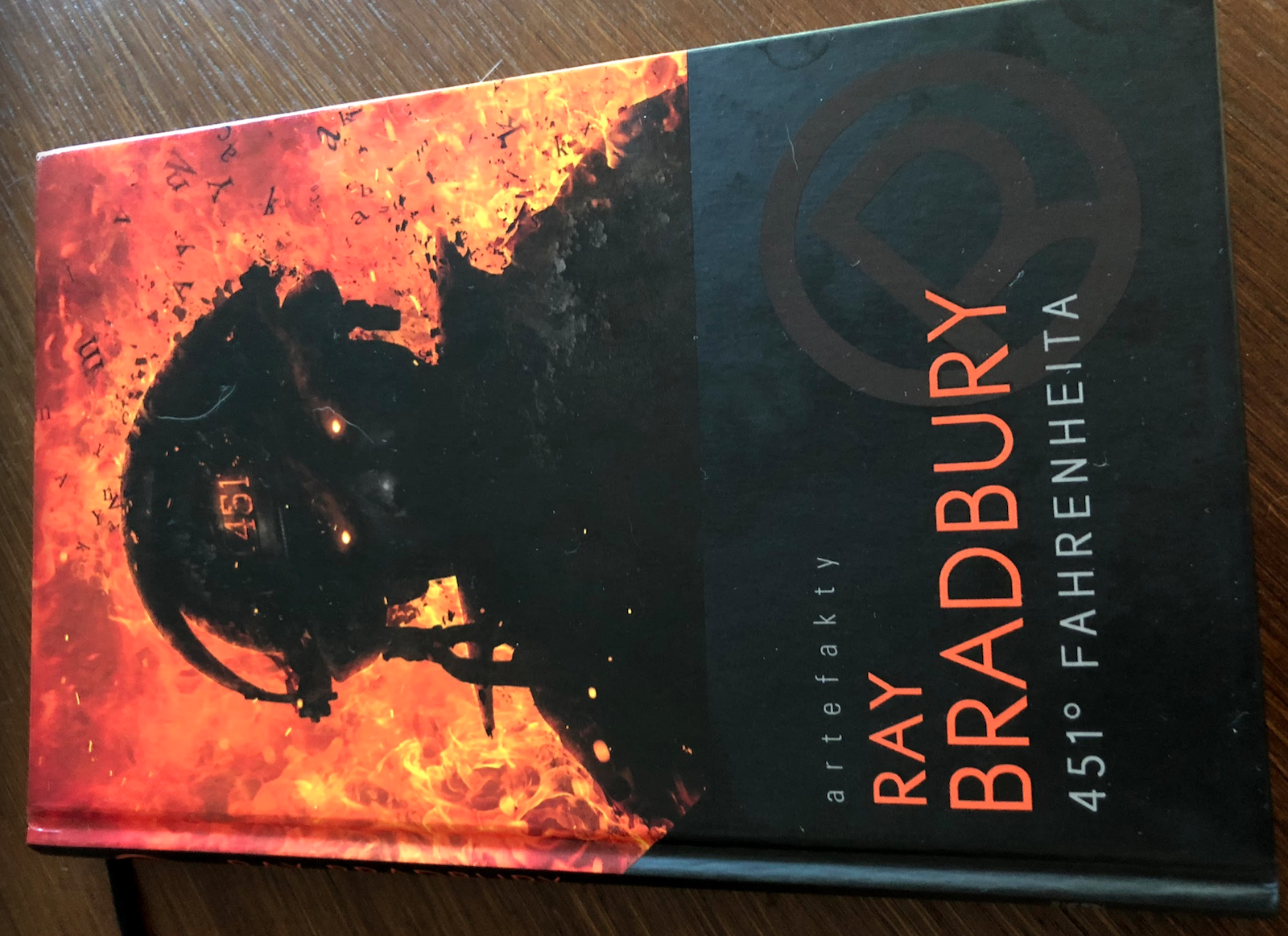 140 characters at most, 5 minutes, sandwich you catch up while on the run… and then silence at around 2am and wake up call at 6am…

this is how life of most of us looks like. daily.

I had a chance to get back to book I’ve read too long ago - Rays Bradbury 451* Fahrenheita'.

“People don’t talk about anything.”

“Oh, they must!” “No, not anything. They name a lot of cars or clothes or swimming-pools mostly and say how swell! But they all say the same things and nobody says anything different from anyone else. And most of the time in the cafes they have the jokeboxes on and the same jokes most of the time […]”

Classics cut to fit fifteen-minute radio shows, then cut again to fill a two-minute book column, winding up at last as a ten- or twelve-line dictionary resume. […] Speed up the film, Montag, quick. Click? Pic? Look, Eye, Now, Flick, Here, There, Swift, Pace, Up, Down, In, Out, Why, How, Who, What, Where, Eh? Uh! Bang! Smack! Wallop, Bing, Bong, Boom! Digest-digests, digest-digest-digests

few weeks ago I decided to stop living this way.

I uninstalled Facebook from my smartphone. I unfollowed number of very distant people I didn’t really wanted to follow in the first place. I take a look at FB once a week using browser. I only have Twitter and LinkedIn on my phone but I’m using them only for communicating out - and mainly on the business grounds. i disabled ALL application notifications. so I won’t be able to react in real time about some messages sent to group, about some ‘must-see meme’ or ‘interesting read’. and I don’t regret it.

why? it’s quite complex but simple at the same time. I no longer care. even within closer group of friends, people tend to generate so much noise… you don’t need that, it’s wearing you down just to process all incoming signals.

when talking with you, i’ll put down my phone. it’s quite universal attention thief. I’ll listen to you and will be having conversation.