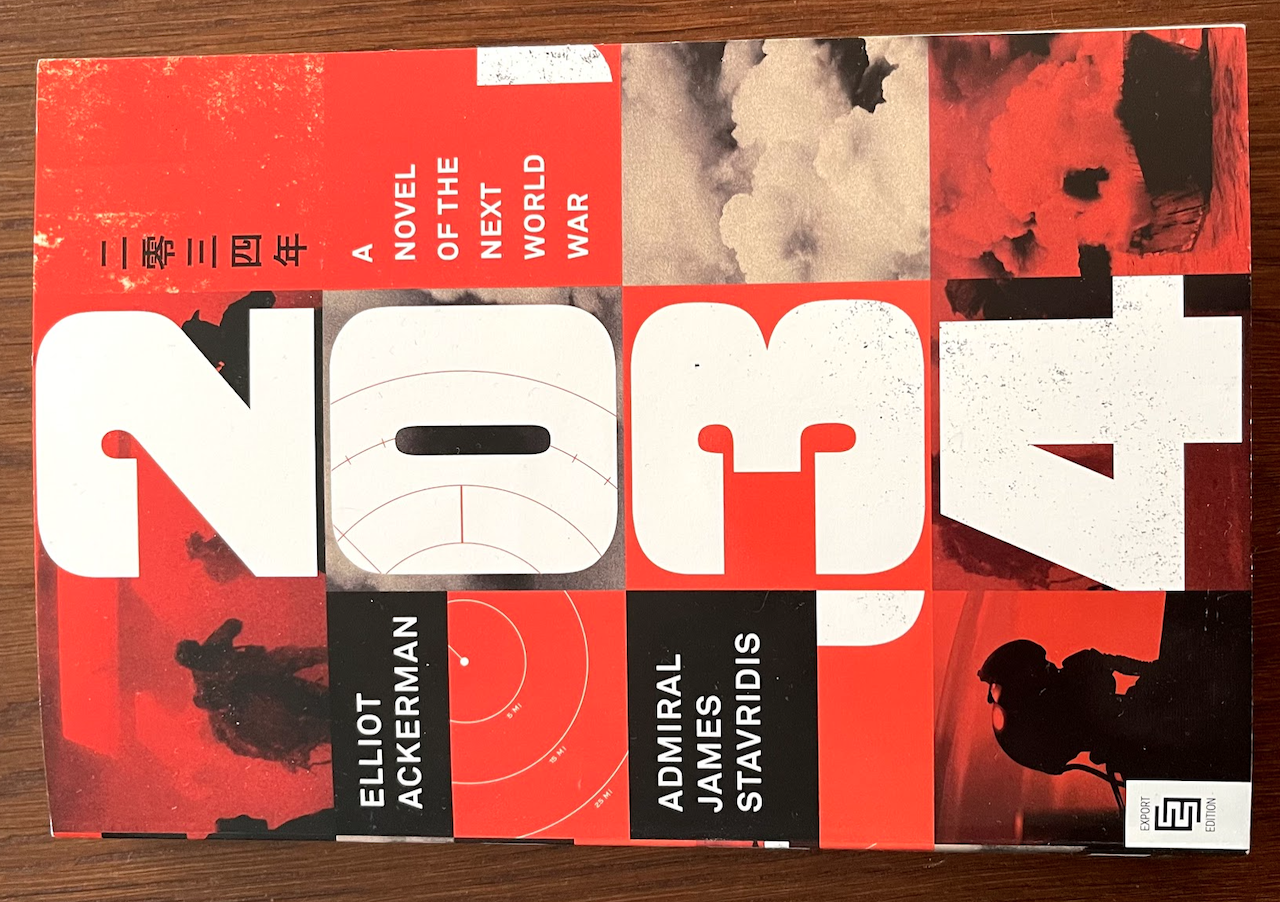 the book did a lot of noise, being quoted everywhere even before it was published. as part of the marketing before release, they even did limited publishing in parts in partnership with wired.

but… the book is bad. simply as that.

if you expected Tom Clancy’s level of technical detail, just because one of the authors is retired US Navy admiral - don’t. you won’t find it.

if you expected Tom Clancy’s level of characters that have nothing interesting to say and their background story is thin as cheapest printing paper for your printer - you may enjoy the book. authors may have decided to define given character by throwing some random words and deciding from them.

if you expected, that the story will make sense, don’t. it doesn’t.

well… let’s start from the beginning.

the initial parts published in wired are very good. that’s the problem with the book - suspense is built in, it seems they had good idea, but then… they lost it completely.

the whole “strategic” approach from Chinese doesn’t make any sense. we’re led to believe that they have something like a grand plan (which Chinese tend to have, as they’re thinking in completely different timelines as we - “the west”), but it all comes down to a “plan” of having one carrier battle group harassing US Navy. and that’s all… which comes to nasty surprise if you expected more.

the initially intriguing idea of using some kind of “cyber” capability to blind US warfighters (warships, aircrafts and what’s not directly mentioned also satellites), but at the same time also hijack their systems (like the F-35, which, as a matter of fact, is disaster in the making indeed in real life and won’t be better even by 2034) is laughable once it is “uncovered”. and the whole idea of covering how this works is explained by authors by the constant use of words “cyber”, “cyber” again and “high frequency”. sorry, I’d expect a bit more explanation, even if it would be on edge of SF today. so it can both blind but at the same time enable to “hijack”? but sometimes it cannot hijack, it can only blind, and in other situations it can only hijack but can’t blind? and “cyber”? OK, that’s great…

also… what’s never actually directly addressed (apart from how actually that would work and what this “cyber” actually is), is the submarines and satellites. we’re somehow led to believe, that the “high frequency” is answer when “cyber” isn’t. or vice versa. unless you have diesel engine, but that’s something that’s not explored in the book but rather stated and then totally ignored.

so, the Chinese secret weapon could easily be as well blue bears. the whole book would have the same value and sense as today, but likely less people would read it.

second part of the book is just laughable. sorry to say, as Elliot Ackerman actually wrote a book I liked (Places and Names) and I expected way more than this.

there’s also (equally laughable) Polish element - MiG-29 single-y attacking Russian warship. but even if you’re Pole, it’s not worth buying just to read that one paragraph that’s equally bad as the book overall (somehow, the fact that it didn’t use his gun before dropping bombs was to tell us something - but what exactly, we never learn, because again, characters in the book are paper-thin).

don’t buy it. the parts published in the wired are essentially the best ones to read.